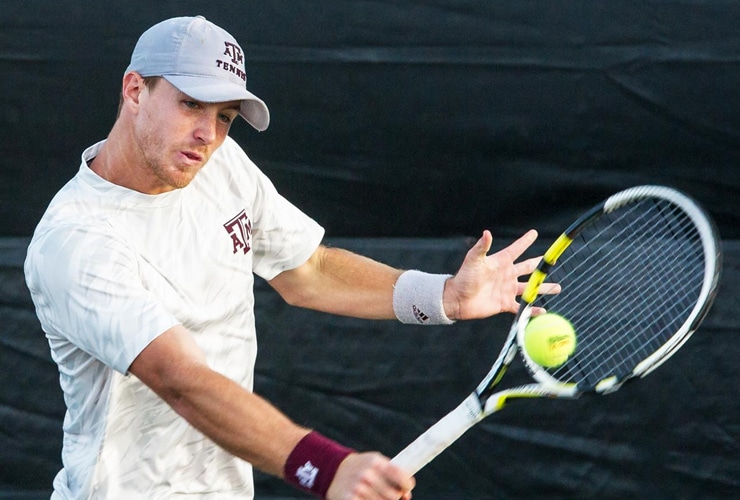 Shane Vinsant, a two-time All-American tennis player for Texas A&M University, has returned to College Station to help coach the men’s tennis team and direct the Aggie Tennis Camp, a Texas A&M Tennis Camp Tradition. Shane played at Texas A&M University from 2012-2016 and helped the team win two SEC Team Championships and one Regular Season Title. After finishing his college career, he played on the professional tennis tour and reached as high as #650 in the world.

Shane will take on the director position for the summer 2019 Aggie Tennis Camp, while the legendary hall of fame coach Bob McKinley, former Men’s Assistant Coach for Texas A&M, will stay on board as the High-Performance Director for the camp. “I am extremely excited to help continue Aggie Tennis Camp, Texas A&M Tennis Camp tradition that has impacted thousands of kids over the years,” stated Vinsant. All of Coach McKinley’s attention will now be the on-court development of the players. The addition of Shane Vinsant to the already stellar leadership of Head Coach Steve Denton, Assistant Coach Kevin O’Shea, and Bob McKinley speaks to the prestige and quality of the Aggie Tennis Camp.