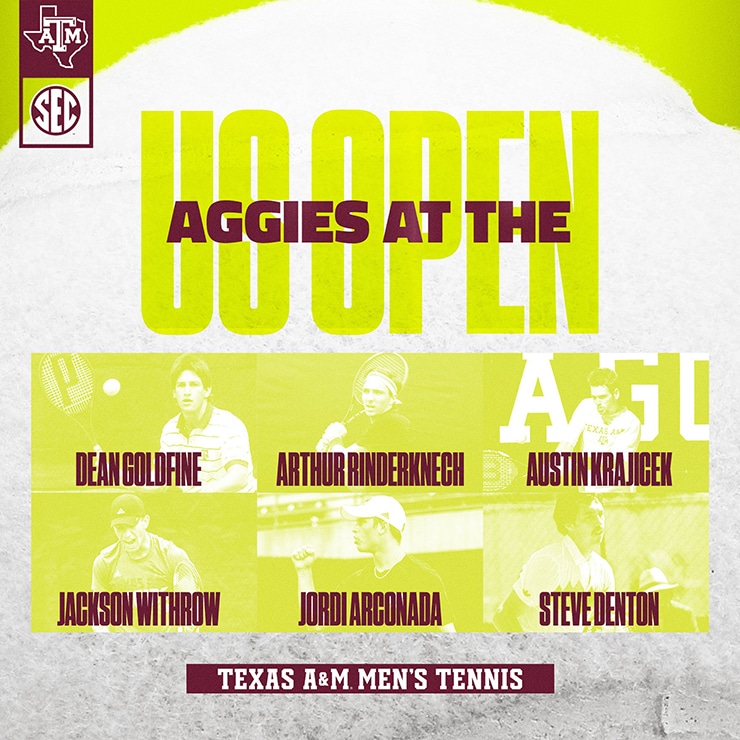 The Men’s Aggie Tennis Team was well represented at the 2021 US Open in Flushing Meadow, New York.

Along with Head Coach Steve Denton, who was the 1982 Men’s Doubles Champion, There were several players and coaches there as well.

Dean Goldfine is a USTA Juniors coach and is working with Sebi Korda. Arthur Rinderknech was in the Men’s singles draw. Austin Krajicek was in the Doubles draw along with Jackson Withrow. Kackson along with his partner upset the #1 seeds in the 1st round. Jordi Arconada was there as well working with Frances Tiafoe.