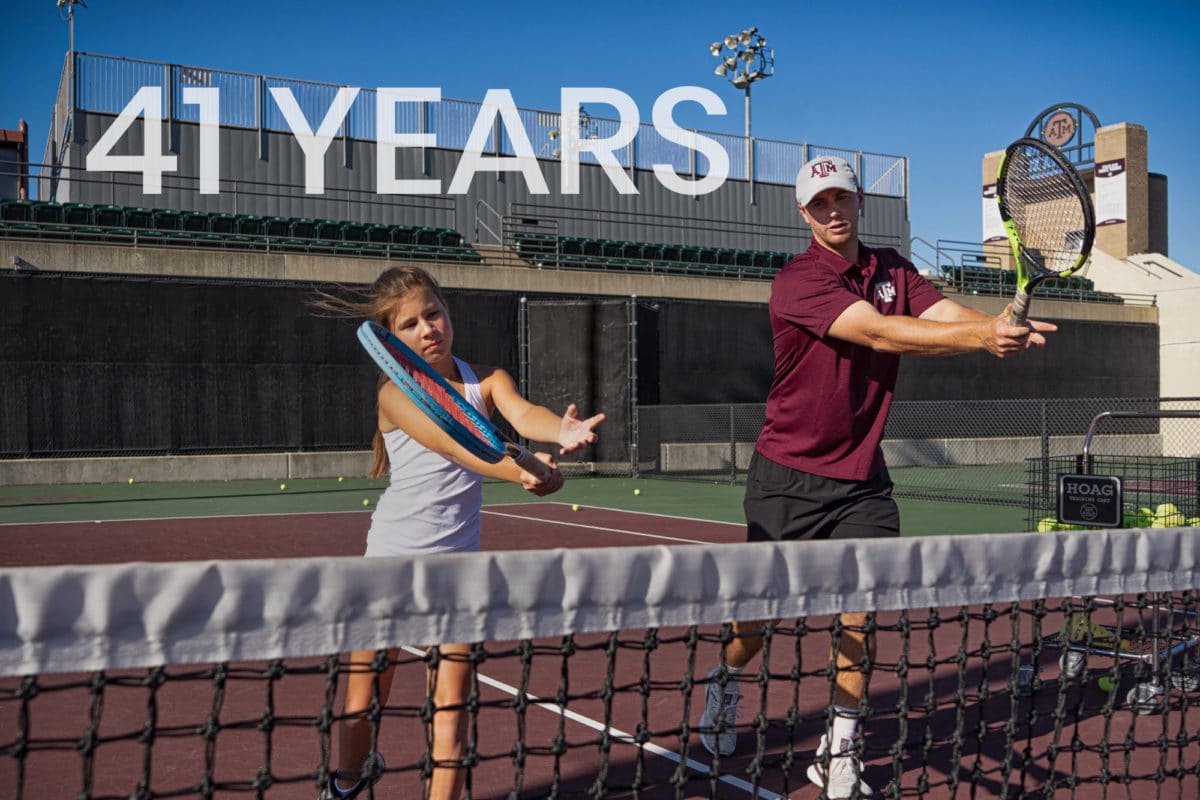 The nationally famous tennis camps at Texas A&M University will be entering into their 41st summer. Steve Denton, Kevin O’Shea, and Bob McKinley, coaches for the highly touted Texas A&M University Men’s tennis team, have been at the helm of the Aggie Tennis Camp for 14 years. The camp has grown into the largest, most successful college tennis camp in the state of Texas, as well as being one of the top in the country. The camps are for ages 9-18 and are for all levels. Campers play 20+ hours and 5+ matches during camp.

When asked about what makes Aggie Tennis Camp so successful, Steve Denton responded, “There are several things that make it so successful. One, the passion of each of the directors. We think about ways to improve camp year-round. Two, the passion of the dorm-directors and instructors. We have top-notch coaches that treat the campers like they’re their own kids. It has a family atmosphere to it. And third, repeat campers that come year after year. They look forward to their time at the camps at Texas A&M all year, and that truly makes the summers special.”

Registration is now open for the 2020 Aggie Tennis Camp sessions. Learn more about the directors, our philosophy and world-class facilities that make Aggie Tennis Camp a top summer tennis camp in Texas, the nation and the top Texas A&M Tennis Camp.